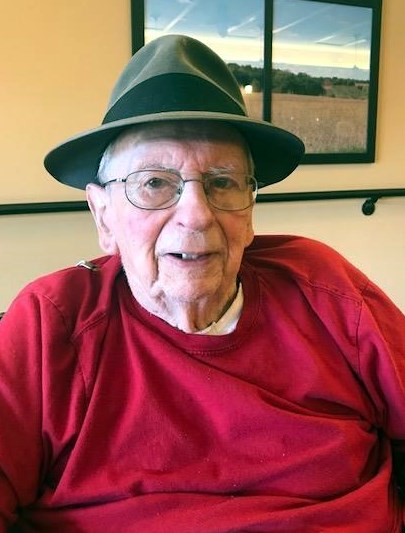 Even though we all strive to forge our own paths, many of us have had the good fortune to have a mentor.  And, if you are like me, you have had more than a few from whom you’ve chosen traits that helped to meld you into the person, husband, father, and manager you want to be. One of my mentors recently passed away at 93 years of age. Heaven hasn’t been the same since!

Carl Larsen was a Muller Martini legend where he worked for 28 years in the territory I now handle.  Carl was able to get our once small Swiss company into the former Quad/Graphics (now known as Quad) during their growth spurt in the catalog/magazine market. It only took him twenty-some years.  No wonder he didn’t retire until he was almost 70.

When I first met Carl he was 69 years old, and I was 32. Many thought our age gap was too great, and that the three months we were to work together would be an utter failure.

That’s because Carl didn’t pull any punches. He might give you a little jab or put the sarcasm dial on high.  During our first meeting, which also happened to be my first interview with the Muller Martini Regional Director, Carl took a shot at me about half way through which I promptly returned. His face went from shock to smile in a matter of seconds. He then said that I would do just fine and endorsed my hire.

Carl taught me to take care of three things in this exact order:

That order of priority may not go over too well at headquarters or at home, but I found that it works.  If your customers are happy, you are happy, and the company ultimately benefits from more sales and more customers.  Through my 33+ years in sales, I’ve modified that order by putting myself third and finding big wins there as well. I’ve tried very hard not to change position #1. When that’s happened, I’ve found myself having to work three times as hard to dig out of it.

Another lesson of Carl’s was also one of his favorite sayings. He explained that in sales and in life, you will encounter a negative from time to time.  When that happens, “don’t let the bastards get you down!” He would close just about every conversation I had with him using that phrase.

Carl, I’m sad to see you go, but am happy you are again with your beloved wife, Shirley.  I don’t believe there are bastards in heaven, so I’ll just end with my heartfelt thanks for all you taught me in this particular life.

4 comments for “Carl Larsen. A company legend. And my friend.”