During the pandemic, advertising sales fell sharply worldwide. But figures from Switzerland prove it: advertising on paper – especially direct marketing – was not hit that hard by the decline. On the contrary: printed advertising even celebrated a small renaissance. Reasons for this include screen fatigue among advertisers and the battered credibility of social media.

According to the recently published figures of the Swiss Advertising Statistics Foundation, net advertising sales in Switzerland fell by no less than 16.2 percent – from 4455 to 3732 million Swiss francs – in the corona year 2020. However, one figure stands out among all the minus figures: At 6.7 percent, the decline in direct advertising is relatively moderate and significantly lower than, for example, the cinema industry (-70.6 percent), radio (-26.7 percent), the press (-21.3 percent) or television (-12.5 percent). In other words, relative to other media genres, direct mail made gains during the pandemic.

Physical mail as a welcome change
These figures are backed up by a representative study on advertising impact in times of corona conducted by the market research institute intervista AG on behalf of Swiss Post. “Which advertising channels have the strongest impact in lives influenced by corona?” the researchers wanted to know. To this end, they surveyed more than 1,000 people in German-speaking Switzerland in February 2021 and came to an interesting conclusion. Corona did indeed give digitalization – key words: home office and online meetings – a major boost. At the same time, however, the associated screen fatigue also grew. Physical mail is therefore perceived as a welcome change.

“This is partly because,” the study concludes, “the home, where physical mail is consumed, has become an even more central part of life. Lockdown, home office and social distancing apparently led to an effect of cocooning: people have made themselves comfortable within their own four walls.” Or as Benno Frick, managing director of the Swiss agency network ASW, puts it, “if you sit at a screen all day, you want to leaf through paper in the evening.”

“People take a personally addressed advertising mailing in their hand – for example, when it is carried from the mailbox into their home,” says Marianne Binggeli, project manager at intervista AG. “This results in significantly more active touch points than, for example, with e-mail newsletter advertising, which disappears with a click or swipe. In addition, with newsletters, you often only see the headline. With personally addressed direct mail, on the other hand, entire offers, images and further executions are usually visible. That generates attention.”

A second important finding of the study: 19 percent of respondents said that they appreciate reading something on paper more today than before the pandemic. In parallel, the younger generation in particular has become screen-weary. 53 percent of 18- to 29-year-olds perceive this feeling more often. This is significantly higher than among the other age groups. 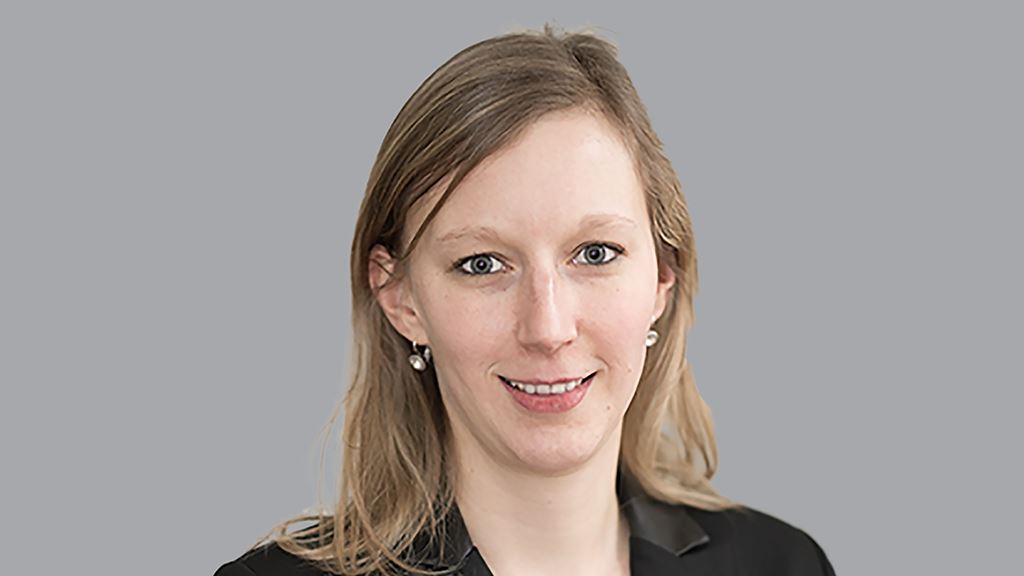 ​Addressed advertising mailings lead most strongly to purchase
A third point of the Swiss Post study is of central importance, especially for advertisers: personally addressed advertising mailings lead most strongly to a purchase. When it came to purchase motivation, respondents were given a choice of seven advertising channels. They were asked to rank the advertising impact – in other words, how strongly they had already been motivated to buy products or services through these advertising channels. 57 percent said they had already made purchases as a result of personally addressed direct mail. This is by far the highest figure in the survey for the effect on purchase intention. In second place – and this is also an encouraging sign for the printing industry – are advertisements in newspapers and magazines with 32 percent.

In this context, two figures from Switzerland from 2019 – the year before the outbreak of the corona pandemic – are interesting. Already then, advertising sales of electronic media declined again by 3.0 percent after two years with a slight upward trend (2017 +0.8 / 2018 +0.3 percent). Meanwhile, advertising sales of other media – which also include addressed and unaddressed direct mail – rose slightly again for the first time after three years with a downward trend (+0.8 percent).

Social media lost extreme credibility
Benno Frick also notes that personally addressed direct mailings have experienced an upswing in the last 16 months. However, he attributes this not only to the undisputed advantages of personally addressed advertising, but also to the weaknesses of the (electronic) competition. “Social media lost extreme credibility during the pandemic. For example, the conspiracy theories spread on social media around the corona issue led to widespread distrust.”

Benno Frick’s assessment regarding online advertising is backed up by an expert assessment of media trust during the corona crisis in Switzerland, which was obtained last year. For this, more than 40 experts from leading media companies and representatives from advertising, media journalism, communication science and corporate communications were surveyed.

According to the survey, 44 percent think that the credibility of social media is declining rather, 7 percent that it is declining strongly. For the nationally broadcasting Swiss Radio and Television Corporation (SRG) – TV/radio/online – as well as for paid newspapers (print and online), on the other hand, the proportion of “tends to decline” is only 4 percent, and for “declines sharply” as low as 0 percent. In contrast, the proportion of “is increasing strongly” is 52 percent for SRG and 22 percent for paid newspapers. The figures for “tends to increase” are 37 and 63 percent respectively. In the case of social media, on the other hand, only 7 percent think that credibility is tending to increase – no one believes that it is increasing strongly.

Older target groups want “reliability”
While older people prefer news from public TV and radio stations and subscribed daily newspapers, younger target groups, on the other hand, tend to be more likely to use social media channels, Benno Frick draws the following conclusion: “The loss of credibility was much greater among younger people than among older generations.”

However, according to Benno Frick, “the fact that the older generation is fundamentally more receptive to print advertising cannot be established in this way. Older target groups also book via Airbnb. But they want ‘reliability. This need is derived from life experience. They want to be sure that they get what they need and not what seems tempting at first glance. Whether these expectations of reliability are met is not primarily dependent on the communication channel, but on the experience with individual brands and the individual degree of fulfillment of each product.”

Or as BoomGeneration, the marketing target group of mature consumers, states on its website, “unlike younger target groups, the BoomGeneration relies on values that have accumulated over a longer period of time. Several decades of consumption, media and advertising experience give rise to worlds of values against which products and services are measured.”

The collection of personal data will be restricted
According to Benno Frick, as a result of the corona experience, advertisers will therefore “increasingly triage and ask themselves: were we on the right track?” Especially as the Swiss advertising expert brings another key (negative) aspect of advertising via social media into the conversation – data. “In our industry, for years keynote speakers proclaimed that data was the oil of the 21st century and that this data was primarily to be generated online. We now have the European General Data Protection Regulation, and the enactment of the revised Swiss Data Protection Act is also imminent. Both restrict the collection of personal data and bring new ‘data subject rights’ (the right to access, rectify, restrict processing, surrender and delete personal data).”

In addition, the “digital drunkenness” has been clouded by sobering experiences, as Benno Frick points out: “Display ads are sometimes called up by robots rather than human actors. A display video is charged at full price as soon as the download is started on the server (and not when the video is displayed to the viewer). And a minimum viewing time of one second (no joke!) on the recipient’s display is enough for display ads to be charged full price.”

In sum, advertisers are therefore unsettled, according to Benno Frick. “Marketing wants to be where the eyes are – and many eyes are on displays. But many of those eyes intuitively tune out advertising or find it distracting. AdBlockers – now around 40 percent – do the rest.”

Benno Frick therefore emphasizes that many advertising companies need to go over their books and account for their spending and the channels they have used so far – “especially since commercial communication depends on a credible environment and precisely this credibility has suffered greatly in the last 14 months, especially on social media.”

Media disruption remains an issue
And how does the expert see the role of bridging technologies between print and online? “The media break remains an issue. Augmented reality is a viable path in this regard. However, it requires investments that usually only pay off for high-priced capital goods, but not for consumer goods. QR would be an inexpensive alternative, but small companies in particular can’t get it together to set up a clean microsite (landing page) with conversion potential.” For Benno Frick, the “sharp lines” between the different forms of advertising have disappeared. “The separation of print and digital no longer exists – especially since digital is only a form of distribution and per se does not provide any information about the quality of the content.”

According to Benno Frick, the medium an advertiser chooses depends heavily on a company’s particular business model (B2B/B2C), its strategic goals and the lifecycle of its product. For new launches of consumer goods, TV and out-of-home are still very suitable, for more explanatory offers direct marketing or a blog.”

No one wants to be considered old-fashioned, though
However, one thing is clear to him: “Valuable print products are still an adequate instrument to achieve communication goals. The uncertainties and thinking in ‘distribution forms (digital vs. paper) instead of ‘in-target content’ on the part of advertising companies is the problem. The multitude of playable channels tempts many companies to be a little bit everywhere. What’s needed here is a focus on a company’s long-term goals and product lifecycles, even if that’s not immediately visible in quarterly financial statements.”

According to Benno Frick, decisions made by advertising clients are often influenced by what competitors are doing – and by what’s “cheap” or “hyped” at the moment. “No one wants to be considered old-fashioned. But basically, many clients are insecure about their choice of channels, and their gaze wanders away from the long-term goals that every company must pursue in order to generate profits and to be able to develop from within.”

The agency network ASW, led by Benno Frick, is an association of owner-managed communications agencies in Switzerland whose clients are primarily down-to-earth entrepreneurs “who don’t want frippery, but investment security. That’s exactly what they get from our agencies, which are committed to a code of values and are cut from the same cloth as their clients.”