Printing has its own language describing procedures, processes and equipment. Most non-industry people are unfamiliar with what “makeready,” “imposition,” or “saddle stitching” mean in the printing world. Yet, when something goes wrong at a plant, sometimes even printing professionals would rather rely on a different language altogether.

According to Babbel.com, the world’s most spoken language is English with 1.132 billion speakers. But the reality is that, given the opportunity, many people would rather converse in their native tongue, particularly when dealing with a critical repair issue where an incorrect interpretation could prove not only time-consuming, but costly.

It goes without saying that within the print manufacturing environment technical knowledge and experience is absolutely key to solving problems and achieving customer satisfaction. Yet, being able to communicate that expertise with a customer in his or her native language offers numerous benefits as well, including:

Here’s what some Muller Martini service representatives have to say about the benefits of speaking the customers’ language. 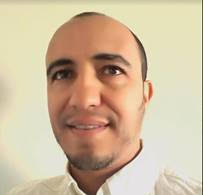 Originally from Morocco, Ahmed has been with Muller Martini 14 years and speaks both Arabic and French. He has traveled to nearly 50 countries in Africa, the Middle East, Europe and North America, performing training, machine repair, and other support services.

According to Ahmed, being multilingual has made a huge difference for many customers. “They choose me because English might be their third language. In our job, if you misunderstand what’s needed, you may create a bigger problem, including damage to the machine. Being able to speak the customer’s preferred language not only brings people together, but you’re able to deliver the right message.  And that’s not just the technical message. It’s also letting them know that Muller Martini is thinking ‘customer-first’ when offering help and support.” 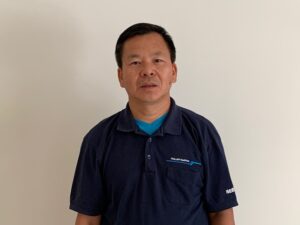 Thao also speaks Vietnamese and has been with Muller Martini 25 years. Although he does some phone support, the majority of his work is performed on-site within the United States where he does training, repairs, and installations.

Said Thao, “I’ve spoken with some Vietnamese people who are in the printing industry, and it most definitely helps when I can speak their language to answer questions or rectify an equipment issue. However, I believe that most customers request me not because I speak another language. They call me because I’m able to put myself in their shoes and determine exactly what they need. Yes, I understand the technical and mechanical aspects of finishing, but I’m also able to communicate that knowledge in a way that they can understand it as well.” 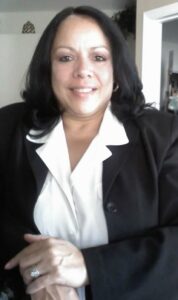 Esther has been with Muller Martini for eight years and also speaks Spanish. Her responsibilities include scheduling and dispatching service engineers, as well as connecting callers to the appropriate technical support rep.

“Sometimes customers that call from Mexico or Puerto Rico need translation, as well as within the United States where there are machine operators who can only converse in Spanish,” said Esther. “Since it may be difficult to quickly access a technician who knows Spanish, I often translate the calls that come in. Customers know that I speak Spanish and that’s why they’ll ask for me specifically, or they call me directly. Whatever their issue, they know I will expedite the process for them.”

So no matter what language is spoken, it’s all about ensuring a successful customer experience. Because when it comes to quickly and cost-effectively solving service issues at your facility, nothing should be lost in translation.

← There has never been a better time to utilize Remote Support Services.
Muller Martini machine inspections: Smart investments for the long haul. →